Chris Hemsworth thinks people will see a more ''mature'' side to Thor in 'The Avengers'. 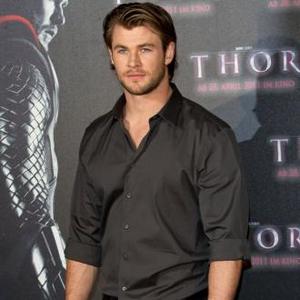 Chris Hemsworth believes his character Thor ''matures'' in 'The Avengers'.

The Australian actor - who portrays the muscular superhero for the second time in the forthcoming ensemble movie - reveals the story of the film means he becomes less of an ''odd one out'' and more thoughtful with his actions.

He said: ''He was a petulant sort of kid at the beginning of 'Thor' and by the end of it hopefully you walk away thinking that he is matured and there was a grounded quality to him that there wasn't before. He's not quite the odd one out as much as he was in 'Thor'.''

However, Chris Evans - who plays Captain America - believes his character becomes more ''impersonal'' because he has been moved from the past to the present and does not know the world he has come to.

He added to Entertainment Weekly: ''Who does he have in this world? Nobody. Rogers is kind of defined by his morals and values. In the 40s there were much more value on those things. Things are a little more impersonal these days.''

'The Avengers' is due to hit cinemas in April.