Chris Hemsworth - who became a father for the first time on Friday (11.05.12) - has admitted parenthood has left him feeling ''tired'' but praised his ''adorable'' daughter India. 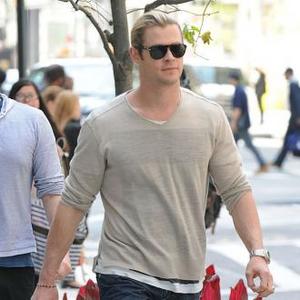 The 'Snow White and the Huntsman' actor and his wife Elsa Pataky welcomed daughter India into the world on Friday (11.05.12) and he admits he is already experiencing an impact on his sleeping habits.

He said: ''I'm very tired, yeah. People keep telling me to get some sleep but it's hard.''

Speaking at the UK premiere of 'Snow White and the Huntsman' in London's Leicester Square this evening (14.05.12), he added to BANG Showbiz: ''She's doing great, she's doing fantastic. She's adorable.

Elsa previously revealed she was very confident her husband would be a good dad.

She said: ''He's the person I feel closest to and we understand each other very well. And then I see him as a great dad - it's important to know if the person you're with will be good at parenthood.

''Chris is very good with kids. His older brother has two little girls and a third on the way. We always spend our holidays together and it's lovely to watch him with his nieces. I was mesmerised by it. He's going to make a great dad. He's very excited.''