Chris Hemsworth wants to star in the new 'Star Wars' movies because he was such a fan of the film series growing up. 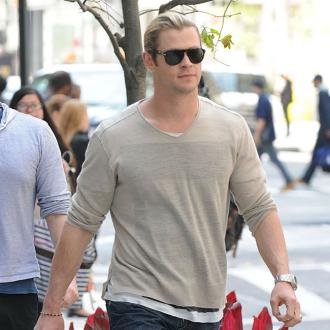 The 'Avengers' actor was a huge fan of the original films when he was growing up, so would jump at the chance at a part in the recently-announced Episodes VII, VIII, and IX in the sci-fi series.

Asked if he would be interested in the new films, he told MTV News: ''Oh man, I love those films. That's the sort of bread and butter of my film experience as a kid. I would love to work on something like that.''

The 29-year-old star also admitted he is sad to have missed out on a part in the films based on J. R. R. Tolkien's 'The Hobbit' and 'The Lord of the Rings' trilogy.

He added: ''I also loved 'Lord of the Rings'. I would have loved to have done something in that world.''

Meanwhile, Lawrence Kasdan - who was involved in writing the original 'Star Wars' trilogy - and Simon Kinberg have reportedly closed deals to pen the final two movies in the new series.

The pair will join 'Little Miss Sunshine' writer Michael Arndt, who was previously announced to be writing episode VII for Disney Pictures.

However, it is not clear how the division of writing the two films will be made.