Chris Hemsworth's character George Kirk is set to come back to life in the fourth 'Star Trek' film. 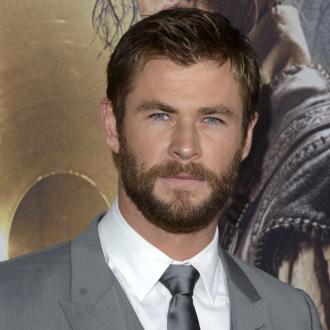 Chris Hemsworth is set to make a return to 'Star Trek 4'.

The 32-year-old actor is to reprise his role as George Kirk, the father that Captain James T. Kirk [played by Chris Pine] never knew, in the forthcoming blockbuster, despite being killed off in the first 'Star Trek' movie seven years ago.

The franchise's director J.J. Abrams also hinted about Hemsworth's return during a press conference recently when he said: ''There's something that hopefully we're figuratively minutes away from talking about. The answer is 100 per cent yes, and it's incredibly exciting.''

George tragically lost his life in the 2009 movie after he battled to save more than 800 people when his ship crashed after being attacked by aliens - just as his son was being born on earth.

It's not yet known how Abrams is planning to bring the iconic character back to life when the next movie starts shooting.

Meanwhile, the third film in the franchise 'Star Trek Beyond' is set to hit cinema screens later this week.