Hemsworth is currently filming Thor: Ragnarok with Hiddleston in Australia.

Chris Hemsworth has given his thoughts on Tom Hiddleston’s relationship with Taylor Swift, saying his Thor: Ragnarok co-star looks “happy”. Swift is currently with Hiddleston in Australia where he's filming the comic book sequel and she even reportedly joined him for a screening of Hemsworth's Ghostbusters on Thursday night (July 14). 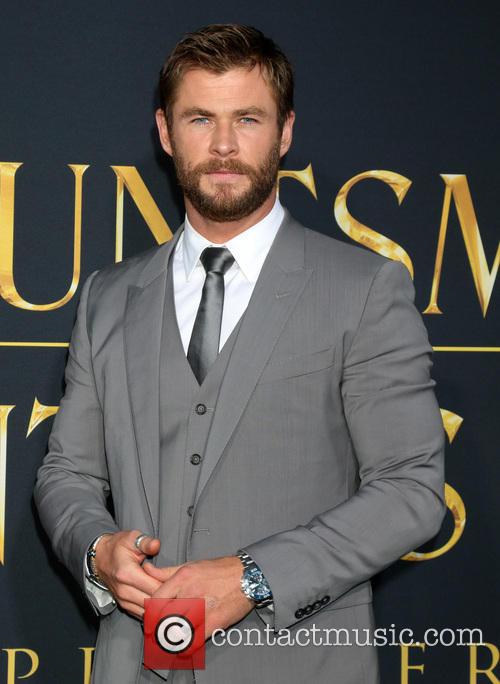 Chris Hemsworth has spoken about Hiddleswift.

Appearing on Aussie radio show Fitzy & Wippa, Hemsworth was asked if Swift had stopped by set yet. “I haven’t actually met her. I think they only got here three or four days ago,” he said. “I’ve seen Tom around. He looks happy, mate, you know.”

But according to Entertainment Tonight Swift and Hemsworth did meet, when she attended a special screening of Ghostbusters on Thursday along with Hiddleston and Mark Ruffalo. According to an eyewitness the group arrived with 11 security guards and entered the venue through the loading dock.

Hiddleston enjoyed the film, which features Hemsworth as dim-witted receptionist Kevin. Speaking to Variety, the English actor said: "I loved it! I laughed a lot. I was in the sweet spot of the target audience for the first film all those years ago. So seeing one of my best friends a part of it is so amazing.”

The actor has also now officially confirmed his romance with Swift and denied that it’s all just a publicity stunt. "The truth is that Taylor Swift and I are together, and we're very happy," Hiddleston told The Hollywood Reporter.”Thanks for asking. That's the truth. It's not a publicity stunt."