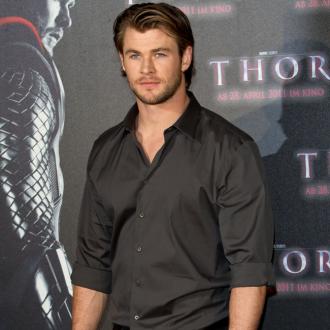 Chris Hemsworth has signed up for Michael Mann's new film.

The 'Thor' star has reportedly agreed to play the lead in the director's latest project, an untitled technology-based thriller about cyber threats and hacking attacks.

The movie - being backed by Legendary Pictures - will be Mann's first since 'Public Enemies' in 2009 and he has spent the last year co-writing the script with Morgan Davis Foeh.

His most recent work includes a producer stint on 'Witness', while he also directed the pilot of HBO's 'Luck'.

Hemsworth has been looking for a new project since shooting on 'Thor: The Dark World' - the sequel to the Marvel smash hit - wrapped and Steven Spielberg postponed production on science-fiction flick 'Robopocalypse'.

The 29-year-old actor has also been linked to ocean adventure movie 'In The Heart Of The Sea' - which Ron Howard is rumoured to be directing - and is committed to the 'Snow White and the Huntsman' sequel.

He can next be seen in Howard's 'Rush' which follows the true story of the 1976 Formula One season and the intense rivalry between drivers James Hunt and Niki Lauda. The film opens in September.