Chris Hemsworth Signs Up For In The Heart Of The Sea

Chris Hemsworth will star in 'In The Heart Of The Sea', the story of Nantucket whaling ship the Essex which is destroyed by a whale in 1820. 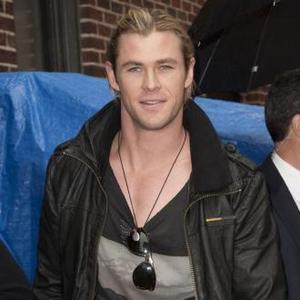 Chris Hemsworth will star in 'In The Heart Of The Sea'.

The 'Snow White And The Huntsman' actor is set to take on the lead role of a first mate who loses out on being captain of Nantucket whaling ship the Essex in 1820 to a better connected rival.

When the vessel is destroyed by a sperm whale, he bravely leads a total of 20 crewmen to safety in South America where they are forced to become cannibals to survive. Only eight were eventually rescued.

The book is based on the true story which inspired 'Moby Dick'.

Joe Roth will produce the movie with Paula Weinstein, Will Ward and Palak Patel while The Script has been written by ' Blood Diamond' writer Charles Leavitt.

It was recently revealed that Chris will return for a sequel to 'Snow White and the Huntsman'.

The fantasy adventure movie -starring Kristen Stewart and Chris as the titular characters - took more than $55 million at the US box office over its opening weekend, leading to Warner Bros. greenlighting a follow-up.

David Koepp has been commissioned to write the new script, which will pick up after the events of the first movie.

Kristen and Chris will return as they are both optioned for two more movies.