Chris Hemsworth surprised one of his biggest fans with a massage when he paid a visit to her office. 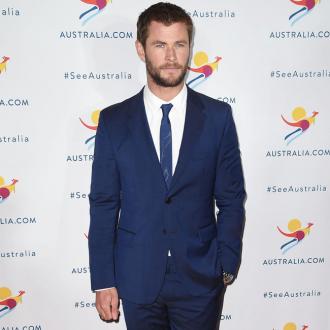 Chris Hemsworth surprised one of his biggest fans with a back rub.

The 'Thor' actor stopped by the Warner Bros' employee's cubicle during a recent appearance on the 'Ellen Degeneres' show and gave her a hug and a massage before inviting her to the New York premiere of his upcoming movie 'Ghostbusters'.

He then played limbo with a group of employees before shots of tequila were passed around.

This is not the first time Chris has surprised a fan; he recently gave the cash contents of his wallet to a teenager who found it.

Chris thought his personal cards and a wad of cash were gone for good when he left them at a restaurant and was delighted when 17-year-old Tristin Budzyn-Barker contacted his representatives to say he had recovered the items and wanted to reunite them with their owner.

Chris wrote back to Tristin and gifted him the entire cash contents of the wallet, which he ''never expected to see again''.

Chris explained: ''I went to pick up my wife and daughter from the airport and we were a little early so we were killing some time and went to have something to eat. It was a pretty rough little area and we sat down and I left my wallet on the table, and thought 'I'm never going to get it back, I'm never going to see it again.'

''My business manager contacts me because it's my address on my licence, and this letter from this young boy and he's found my wallet.''