New Parents Chris Hemsworth And Elsa Pataky Are Reconsidering Their Travel Plans After A Nightmare 30-Hour Flight With Their Kids. 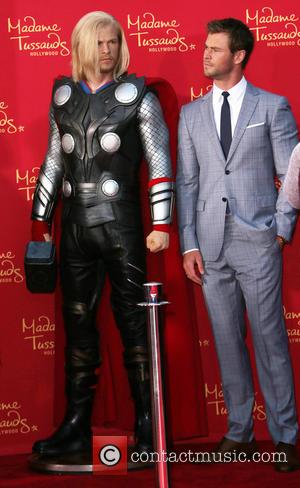 Picture: Chris Hemsworth - Shots of a host of stars as they attended the premiere of Marvel's "Avengers: Age Of Ultron" which was held at the...

The couple flew from Australia to London earlier this month (Apr15) and the actor admits it was "the trip from hell" because his three-year-old daughter and one-year-old twin sons were sick - and noisy.

He says, "They literally took it in turns to scream. Like, one would kind of do it and look over and be like, 'I'm done, you want a turn?'

"The whole cabin wanted to kick us off... They're like, 'Not any more'. I don't know what people expect."