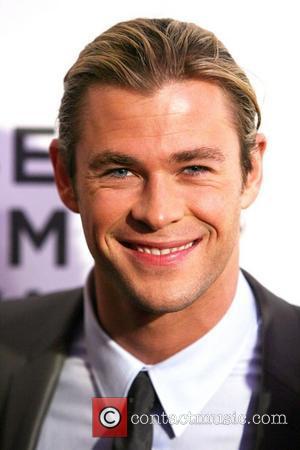 Chris Hemsworth and his wife Elsa Pataky might be keeping mum over their new daughter's birthday but Chris has been chatting to E! Online about the source of her name. Apparently, it was all a matter of compromise. Chris liked the name Indie, or Indiana for a boy and Elsa liked the name India, so they simply waited to see whether their firstborn was a little boy or little girl. "Oh well, whether it's a boy or girl that will decide" said Chris, adding "it just seemed to fit."
Chris was talking to E! at a London press conference for his forthcoming movie Snow White and the Huntsman, in which he plays the role of the huntsman himself. Hemsworth had to channel his inner politician when he was quizzed on the exact date of India's birth, and simply said "very recently." Not very helpful for those of you that wanted to send her a first birthday card next year; presumably they'll remember to tell their nearest and dearest when the party's approaching. Whatever the date of the momentous occasion, Chris was keen to stress how happy he is with the new arrival. "I've wanted to have kids for a long time, and here it is, and I couldn't be happier" and said that he was struggling with being away from his wife and child. "It's amazing, it's really, really exciting.it's tough being here and not back with her."
Snow White and the Huntsman also stars Kristen Stewart as Snow White and Charlize Theron as Queen Ravenna. The film is scheduled for release at the end of May, 2012.