He may now be known to Marvel fans around the world as hammer wielding superhero Thor, but did you know that Chris Hemsworth actually got his first break on Aussie soap ‘Home and Away’? The hunky actor played life guard and personal trainer Kim Hyde on the soap between 2004-2007 before leaving for bigger and better roles. But despite his Hollywood success the 31 year old certainly hasn't forgotten where he came from. 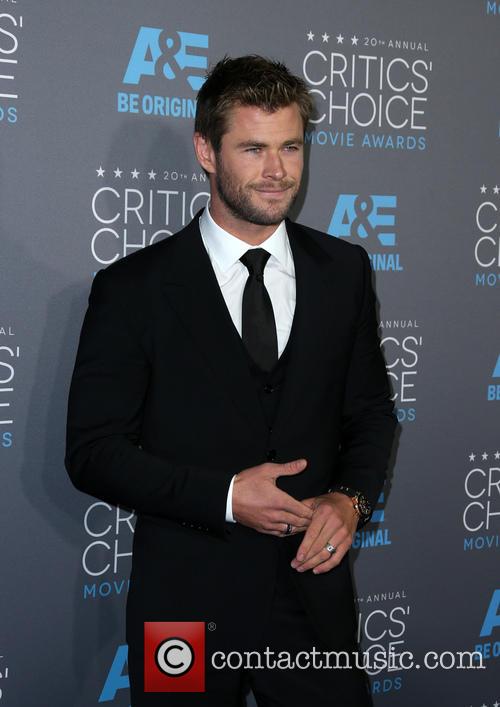 Hemsworth has gone from starring in ‘Home and Away’ to playing Thor on the big screen.

On a trip to Sydney last year the actor stopped by his old haunt of Summer Bay to say hello to the cast and even film and blink and you’ll miss it cameo appearance on the soap! Yes in an episode which is set to air Tuesday night in Australia, Hemsworth can be seen sitting in the background of a scene shot in the famous Summer Bay Diner.

As actresses Cassie Howarth, Jessica Grace Smith and Isabella Gionvinazzo are shown sitting down to have a bite to eat, lurking in the background is none other than Thor himself Hemsworth, who’s enjoying a burger and milkshake.

Actress Jessica Grace-Smith, who stars as Denny in the soap, had alerted fans to Chris’s set visit back in October when she Instagramed a pic of her smiling with the actor and the caption, ‘Just another tough day at work…'

Just another tough day at work...

But Hemsworth isn't the only big name to graduate from ‘Home and Away’. Guy Pierce, Heath Ledger and Isla Fisher all appeared in the Aussie soap before going on to find fame in Hollywood. Of course a role in an established series such ‘Home and Away’ in a dream come true for any actor, but for Hemsworth it was a definite step up from his previous job.

The actor revealed during an interview with Collider this week that he once had a very unusual and not very glamorous job in his homeland…cleaning breast pumps. “I worked for a pharmacy that would rent out milk extractors, you know breast pumps, for pregnant women,” the actor said. “I swear to God I had a toothbrush and a spray, and I would scrub dried milk off the machines.”

Hemsworth can currently be seen as Thor in the blockbuster Avengers: Age of Ultron. His next role will be in Ron Howard’s In The Heart of the Sea, co-starring Cillian Murphy, and Tom Holland. In the Heart of the Sea is due for release in December.