Chris Hemsworth thinks London is becoming his second home because he's spending so much time there shooting different movies. 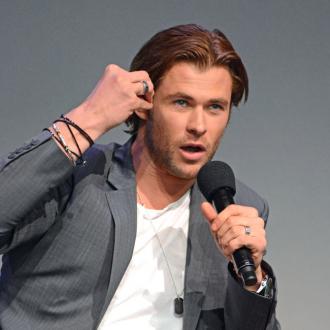 The 'Thor: The Dark World' star - who was born in Australia - admits the UK capital is slowly becoming his hometown because he's spending so much time there shooting movie after movie, but he's quite enjoying it because it's so different from Hollywood.

Speaking to Collider.com, he said: ''London is kind of becoming that way [my second home]. It's just the last few films have been kind of rolled into one another. It's a great place to work. There are some of the best crews in the world, brilliant locations and it's nice to get out of LA and go somewhere different.''

Meanwhile, the 30-year-old actor plays the titular superhero in the Marvel sequel and admits he's beginning to pull out more humorous characteristics from his role because he's more comfortable.

He explained: ''I think as well as start becoming more comfortable with these characters, and we start to find it amusing too because the anxiety of, 'oh are we going to make this work?' isn't sort of flooding your brain. You're able to experiment a bit more and all of the characters came into their own.''