Hollywood star Chris Hemsworth is set to play a receptionist in the female-driven 'Ghostbusters' movie. 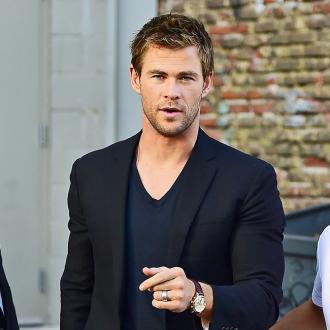 Chris Hemsworth is set to play a receptionist in the female-led 'Ghostbusters' reboot.

'The Avengers' actor - who will join Melissa McCarthy, Kristen Wiig, Kate McKinnon and Leslie Jones in the comedy - has been announced as the first major male star to feature in the comeback of the classic movie franchise.

The director, Paul Feig - whose 'Spy' movie recently debuted at number one at the U.S. box office - will direct the next installment of 'Ghosbusters' and revealed the news on Twitter that the 31-year-old hunk would be joining the cast.

The movie studio approached the star at the beginning of their casting process for one of the male roles, but the actor passed up the invite as it was too small, according to Variety.

Since then, Sony has modified the part and reworked the script so the role was beefed up.

Chris will be taking on the position held by Annie Potts' Janine Melnitz in the original movie.

The Hollywood star - who is known for his action-heavy roles in films like 'Thor,' 'Snow White and the Huntsman' and the upcoming 'In the Heart of the Sea' - is showing fans a different side to him with not only 'Ghostsbusters' but his upcoming role in another 80s reboot, 'Vacation', which is set to hit cinema screens in July.

Production on 'Ghostbusters' is to start later this summer and will arrive in July next year.