Chris Hemsworth has revealed he gave himself a black eye with Tom Hiddleston's whip on the set of 'Thor'. 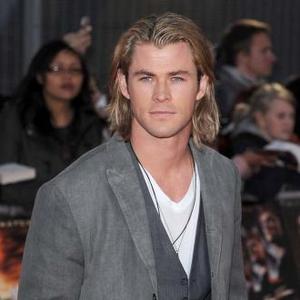 The pair play warring brothers Thor and Loki in 'Thor' and 'Avengers Assemble' and Chris admitted he ignored Tom's warnings to be careful with the weapon on set and ended up with a swollen and bruised eye.

He told Shortlist magazine: ''Tom had a whip in his dressing room. I opened the door, saw it and was just. 'Why the hell have you got this thing?' And for one of the stunts he had to throw knives, so had to practice how to use The Whip for some reason.

''I went to use it and he told me to be careful and I'm like, 'I'm fine, I'm fine'. And then I accidently stood on the end of the whip and cracked the thing and it recoiled and hit me right in the eye. I had an inch of swelling above my eye and across my cheek, and straight away it started to turn black. We had to shoot the next day, so trying to explain why I had a black eye and that I didn't know if I could shoot was tough. 'How did you do it?' 'Um, Tom's whip hit me'. He wasn't pleased.''

However, it hasn't affected Chris and Tom's relationship with the Australian actor referring to his British counterpart as ''awesome''.

Chris said: ''Tom's the best. I remember first coming to the 'Thor' set and worrying I looked silly. Tom just bounds in and goes 'This is awesome'. He has that big kid's attitude about it all.''