Hemsworth thinks 'Home & Away' should have won.

Poor Tom Hiddleston. He landed his first award for 'The Night Manager' last night (September 5th 2016) at the TV Choice Awards, but he was immediately mocked for his win by his 'Thor' co-stars Chris Hemsworth and Idris Elba as he delivered a message via video link. 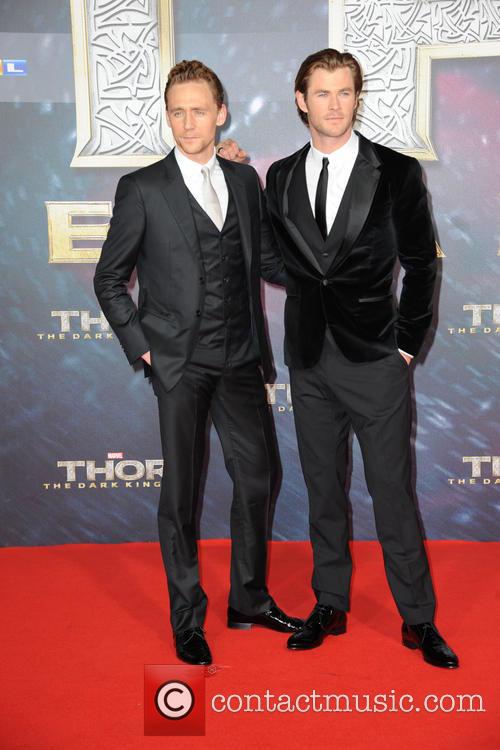 He's seen numerous nominations for his part in the BBC drama, including at the Emmys, but it's only now Tom Hiddleston has managed to scoop his first prize as Best Actor at the TV Choice Awards. Unfortunately, he wasn't able to attend the awards ceremony himself, given that he was down under filming 'Thor: Ragnorok', but he did rise in the early hours of the morning to deliver his acceptance speech.

'I'm so sorry I can't be there tonight, I'm sure you all look lovely', he said. 'I'm in Australia, I'm shooting 'Thor: Ragnorok', I don't really have anything to offer you.'

After that, he was joined by Chris Hemsworth and Idris Elba, who proceeded to manhandle the award and tease their friend about his win. 'Oh, is that for us? For 'Home & Away', yeah?' Joked Chris. 'Thanks everyone at Channel 7, I loved working on 'Home & Away'.'

Idris was a little harsh, examining the trophy and saying: 'Oh man, that's really awful, isn't it? What's this for?' He went on to ask why his detective series 'Luther' didn't get nominated and gave a nod to Tom's co-star Hugh Laurie. 'Hugh - you were amazing in 'The Night Manager'', he said.

'Home & Away' rocks! And so does 'The Night Manager'', Chris said before disappearing out of the frame.

Tom beat 'Doctor Who' star Peter Capaldi, 'Downton Abbey''s Jim Carter and Cillian Murphy from 'Peaky Blinders' to the Best Actor prize, while Sarah Lancashire from 'Happy Valley' got Best Actress. 'The Night Manager' did, however, lose to 'Doctor Foster' in the Best New Drama category.