Chris Hemsworth Heading Down Under For Next Thor Sequel

Chris Hemsworth Is Set To Shoot His First Film In His Native Australia Next Year (16) When Production For The Next Thor Sequel Heads Down Under. 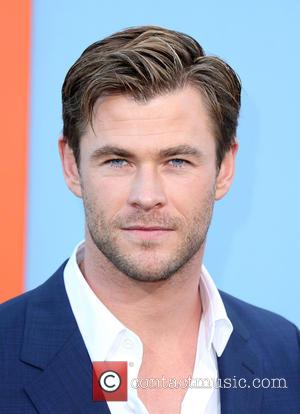 The actor rose to fame as a cast member on popular Australian soap opera Home & Away for three years until he quit in 2007 to pursue a career in Hollywood.

Now Hemsworth won't have to go too far from home to reprise his role as the Norse god of thunder after bosses at Walt Disney Pictures and Marvel Studios accepted a government grant to shoot the third instalment of the franchise Down Under.

Location details have yet to be announced, but Hemsworth is looking forward to giving his Thor: Ragnarok co-stars, including Tom Hiddleston, Jaimie Alexander and Mark Ruffalo, a tour of his homeland.

The production news was announced during a government press conference on Thursday (22Oct15), and in a video message to the media, Hemsworth said, "I'm incredibly excited to be coming back home to work... I look forward to introducing my Marvel friends to this beautiful country of ours."

Thor: Ragnarok, directed by Taika Waititi, isn't the only upcoming blockbuster to take advantage of the government's film funding - Ridley Scott will also shoot the upcoming Alien sequel in Australia.

Disney executives recently wrapped production on Johnny Depp's Pirates of the Caribbean: Dead Men Tell No Tales in Queensland, although that shoot wasn't without drama. The movie star and his wife, Amber Heard, were accused of violating the nation's strict quarantine laws after allegedly smuggling their pet dogs into the country via private jet without the proper documentation in May (15). If found guilty, Heard faces a hefty fine and up to 10 years in prison.