Chris Hemsworth is ''disappointed'' by Arnold Schwarzenegger comparisons and he wants to be seen as more than just an action film star. 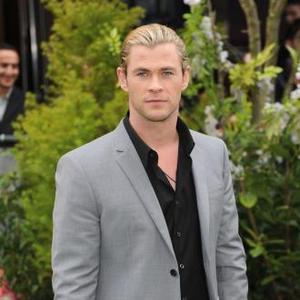 The Hollywood hunk - who stars alongside Kristen Stewart and Charlize Theron in 'Snow White and the Huntsman' - wants to be seen as more than just an action film star and rejects comparisons with the 'Terminator' actor.

He said: ''I got asked the other day, did you always want to be the next Schwarzenegger? I was really disappointed, like I thought, you know, that I'd chosen these scripts and loved them because they had real actors in them and real story and heart, and sometimes with films the action overshadows anything else.

''It was at a press conference and I looked around and thought, is someone going to defend me? Please!''

The 28-year-old actor - who is currently starring in 'Avengers Assemble' alongside Scarlett Johansson and Samuel L. Jackson - believes his latest movie, 'Snow White' is ''pretty dark'' in parts.

He explained: ''It's certainly a big, summer... film, there are moments of fun and moments of action and also loads of tragedy and it's pretty dark.''

Chris divulged that he was nervous about working with Oscar-winner, Charlize Theron, who plays the evil Queen Ravenna.

He added to Den of Geek: ''I knew that was going to be intense. My first day on set was my scene with her in The Throne room, and I was like, oh my God, she's vicious.

''What I loved about her character was that you can't help but have an understanding for why she's doing things, you feel for her. If you have conflict within an audience about how they feel about the villain, that's great.''