Chris Hemsworth has become a father for the first time after wife Elsa Pataky gave birth to a baby girl named India. 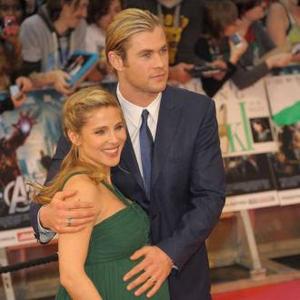 Chris Hemsworth has become a father for the first time.

The 'Avengers' actor's wife Elsa Pataky gave birth to a little girl in London on Friday (11.05.12) and, according to Us Weekly, the couple have named the tot India.

No further information has been released.

The couple - who married in December 2010 - announced the happy news earlier this year and Spanish actress Elsa said they were thrilled about their impending arrival.

She said: ''Having the person that you love by your side and starting a family with them is the best thing that can happen to you in this life. You can't ask for more.

''I want to have a big family, and so does Chris. My dream is to have more than one child.''

Elsa also said she plans to speak to the tot in her native tongue and joked Australian Chris would need to start brushing up on his Spanish.

She said: ''I'm only going to speak to the baby in Spanish. I already told my husband, 'Get ready fast with Spanish because, if not, you're not going to be able to understand what we say.''