Chris Evans wants a girlfriend who isn't afraid to argue with him and likes to dress down. 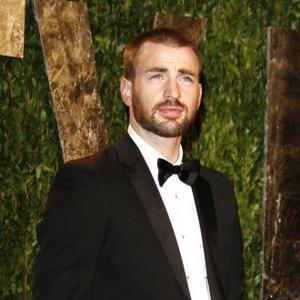 Chris Evans wants a girlfriend who isn't afraid to argue with him.

The 'Captain America: The First Avenger' actor is single but would love to meet a woman who isn't impressed by his celebrity status.

He told Details magazine: ''I like ... girls who give me a hard time [and] bust my chops a little. I like girls who aren't so la-di-da. L.A. is so la-di-da. I like wet hair and sweatpants. I like sneakers and ponytails.''

However, Chris, 30, warned potential love interests that he does have an emotional side.

He said: ''I weep at everything,'' he admits. ''I emote. I love things so much. I just never want to dilute that.

''I love acting,'' he says. ''It's my playground, it lets me explore. But my happiness in this world - my level of peace - is never going to be dictated by acting.''

Despite his huge success in 'Captain America', Chris insists he doesn't have lots of female fans and says he still maintains a good level of privacy.

He explained to Prestige magazine: ''It's not like 'Twilight' where there are 50 girls waiting outside my apartment and I'll never be alone again. It's not like that. I still have an incredible amount of independence and privacy, which is such a blessing. It really couldn't have worked out any better.''