Chris Evans will step behind the camera for the first time to direct romantic drama '1:30 Train'. 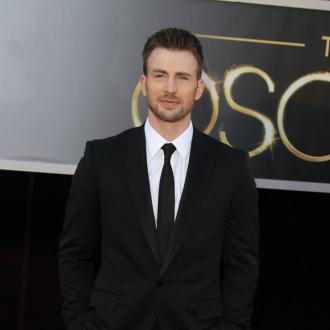 The 'Captain America' actor is set to both helm and star in '1:30 Train', a romantic drama about two strangers who meet in Manhattan and spend one night together.

The 32-year-old star is keen to finish production on the project before this autumn, when he will be reprising his role as shield-wielding crusader Captain America in 'The Avengers: Age of Ultron', Joss Whedon's sequel to the 2012 Marvel blockbuster.

'1:30 Train' was scripted by Ron Bass, and will be produced by Mark Kassen, Howard and Karen Baldwin, Bill Immerman, and Wonderland Sound And Vision's McG and Mary Viola.

This will be the first feature film for Wonderland since renowned director and producer McG relaunched the banner last month following a funding partnership with LD Entertainment.

Deadline.com are reporting the film came about because Evans was working on a similar project with another director, which never came to fruition, and was keen to bring it to the big screen.

McG and Viola worked with Evans on the Justin Reardon's upcoming 'A Many Splintered Thing' and were also taken by the concept, said to be similar to Richard Linklater's 1995 romantic drama, 'Before Sunrise', starring Julie Delpy and Ethan Hawke.