Chris Evans Will Walk Away From Acting After Marvel Contract Expires

The 32 year-old actor desires to become a director full-time once his Marvel contract ends.

In the near future Chris Evans will take off the cape and costume for the final time. The 32 year-old 'Captain America' star is already thinking about retiring from acting to take up a different role in the movie industry.

Evans as 'Captain America' in the forthcoming sequel

Evans recently opened up to Variety, discussing being part of the Marvel universe and other career paths he would like to walk down.

"I've known for a while I wanted to direct," Evans told the magazine. "But (time) never really opens up. There's another movie to do, there's another acting job. It just got to a point where I was like, you know what - I have to do this."

After completing filming for the upcoming sequel 'Captain America: The Winter Solider' Evans took a winter off acting to step behind the camera and take the helm of his first film project. This resulted in him directing his debut feature film, a love story with a $3 million budget called '1:30 Train', starring Alice Eve.

Watch the trailer for 'Captain America: The Winter Soldier' here

"If I'm acting at all, it's going to be under Marvel contract, or I'm going to be directing," he added. "I can't see myself pursuing acting strictly outside of what I'm contractually obligated to do."

These comments refer to Evans hitting the headlines earlier this month when he told Glamour UK, when his Marvel contract expires he will be taking a lengthy break from being in front of the camera.

MORE: First look at 'The Avengers: Age of Ultron

"I think when I'm done with this Marvel contract, I'll take a little break from acting," he said to the mag. "With acting, you're one piece in a very big puzzle. It's like you helped buy a gift but you don't know what the gift is, so you come back and see the movie. Sometimes it's nice, sometimes it's tragic." 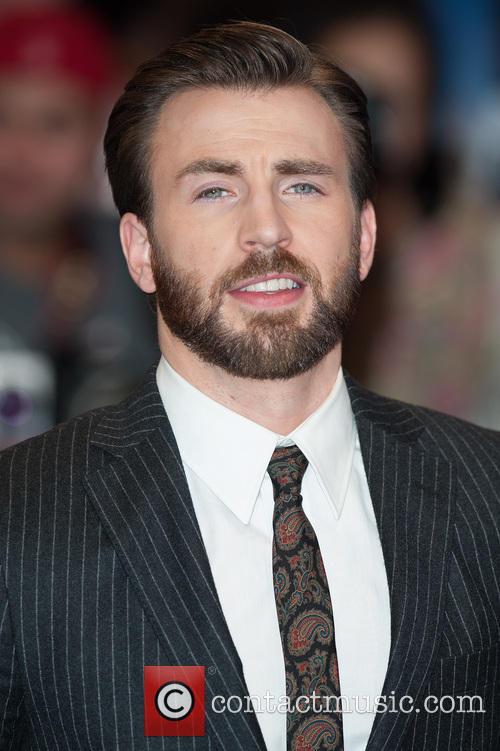 Although, this doesn't mean Evans will never consider acting again.

"For all I know, in five years, I might say 'S--t, I miss acting," he told Variety. "Right now, I just want to get behind the camera and make movies."