Evans' show is still the most popular radio programme in Britain, however.

He might be the highest-paid BBC star, but Chris Evans has reportedly suffered a drop of nearly half a million listeners to his Radio 2 breakfast show in the last year.

A new report published by audience research company Rajar estimates that listening figures of Evans’ week-day breakfast show on BBC Radio 2 have dropped by nearly 500,000 from 9.47 million listeners in the second quarter of 2016, to the same time period in 2017.

Despite this, nearly nine million people tune into Evans’ show every day, making his show still by far and away the most listened-to radio show in the country. The drop in his listenership coincided with rises for the BBC’s sister stations and their early-morning shows. 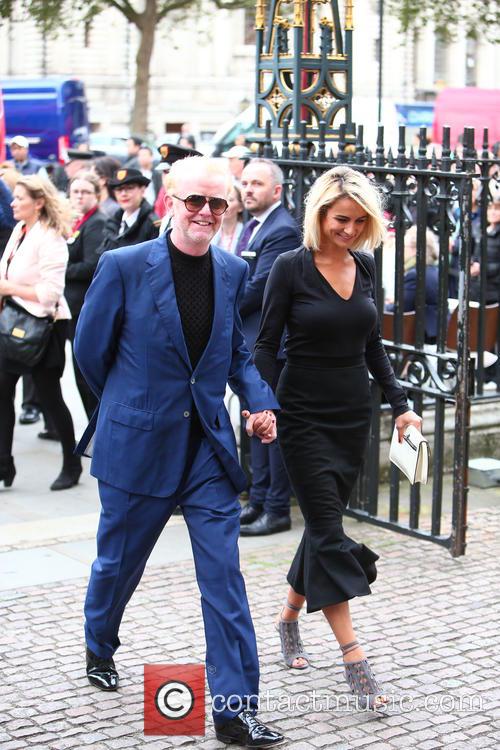 Chris Evans and his wife Natasha Shishmanian in September 2016

Evans was at the head of the list of the highest-paid stars at the BBC when it was revealed a fortnight ago, with a pay packed of £2.2 million from 2016-2017. That figure doesn’t take into account salaries paid by production companies, but it might not take into account money he's received from 'Top Gear', where his contract was terminated early.

After the news of the drop of his audience figures, Evans was defended by BBC bosses. He remained “hugely popular with the Radio 2 audience,” Lewis Carnie, the head of Radio 2, said. “[Evans’s] Breakfast Show attracts more than nine million listeners every week and remains the nation’s favourite radio programme.”

More: Chris Evans asks his mother for advice as he defends salary amid BBC pay controversy

Radio 1’s breakfast show, hosted by former ‘X Factor’ judge Nick Grimshaw, saw a rise in listeners by 350,000 listeners to 5.5 million, with that station as a whole gaining half a million more listeners in the last quarter alone.

Radio 4’s ‘Today’ morning news programme saw a surge of about 500,000 listeners in the second quarter, with 7.66 million people tuning in.

Bob Shennan, the BBC’s director of radio and music, said about the network’s gain: “These figures are fantastic news for radio, illustrating its enduring appeal in a crowded digital marketplace.”

Oh, and Katie Hopkins’ departure from LBC radio has had no discernible negative effects – in fact, the station’s listenership set a new record for its listenership, hitting the 2 million mark in the last quarter up from an average of 1.6-1.7 million in previous quarters.

More: Matt LeBlanc says he found out about Chris Evans’ ‘Top Gear’ departure from the papers