Chris Evans has opened up about the future of the superhero genre and thinks it all comes down to being able to define the genre, but admitted it might trail off because of technology. 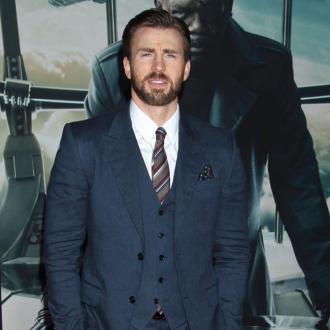 The 'Captain America: Civil War' star admitted that the way the equipment available to filmmakers has progressed so rapidly it might mean the genre of superhero and even fantasy may bail out for a while because they will look for different films to align with the ''technological accomplishments''.

He said: ''I certainly think that given the fact that technology has finally advanced, they're always going to be looking for other films to match their technological accomplishments.

''Any film that can incorporate these larger-than-life characters and fantastical locations and plots, the technology wants to prove they can do it so whether it's superhero film or fantasy in general, that's going to surge for a while.''

The 34-year-old actor believes you have to be able to categorise superhero movies in order for them to be successful and popular and praised Marvel's 'Captain America: The Winter Soldier' director brothers Joe and Anthony Russo for defining the genre so well.

He told Collider: ''In terms of superhero in general, existing properties that we know and love, it's going to be a matter of the tone they strike. You could look at Jason Bourne as a superhero. You could take any superhero movie and if you ground it enough, if you make it real enough--that's what I think [Captain America: The Winter Soldier directors Joe and Anthony Russo] do really well. Certain superhero movies feel like 'superhero movies.'''