In the wake of the Cenotaph car stunt in London a fortnight ago, Evans and LeBlanc are reportedly falling out while filming the new 'Top Gear'.

All is not well on the set of the overhaul of ‘Top Gear’, as reports suggest that new host Chris Evans and co-presenter Matt LeBlanc have had a falling out during filming in Italy.

Rumours of a rift on the re-booted BBC motoring show surfaced earlier this month, after Evans apologised on his Radio 2 breakfast show in the wake of producers being branded as “disrespectful” when LeBlanc was allowed to film near the Cenotaph, the war memorial in London.

Chris and Matt are said to have fallen out about that incident, with Evans claiming the American presenter “didn’t take the incident seriously”. 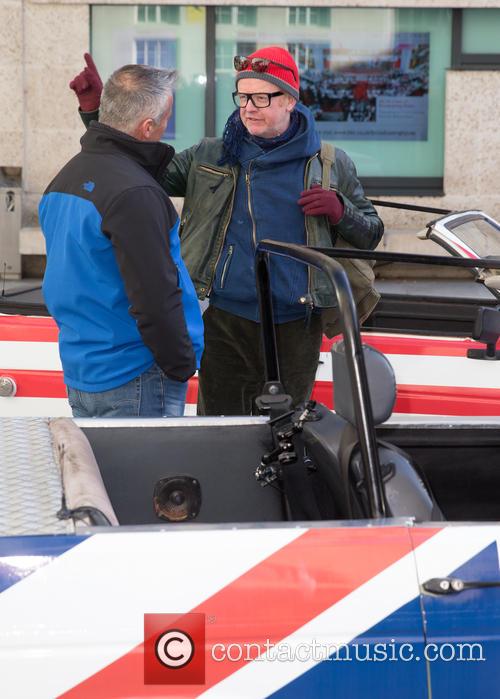 A source connected to ‘Top Gear’ told the Daily Mirror: “Chris felt Matt didn’t take the Cenotaph incident seriously enough… …and Matt hasn’t been happy about being blamed for it, with Chris saying he knew nothing about it.”

Furthermore, LeBlanc’s relaxed attitude to the show has clashed with Evans, who has found filming “stressful” because he feels “his neck is on the block”.

Evans was reportedly not that keen on LeBlanc being appointed in the first place, and is also having difficulty bonding with the other five members of the presenting team while they’re out filming. “They both love a party. Chris is great company when he’s not under pressure, but right now he’s ratty and tired.”

When they returned to Heathrow Airport from filming in Venice this week, 49 year old Evans reportedly hailed a taxi to return home rather than get in a waiting ‘Top Gear’ car with the former ‘Friends’ actor.

Moments earlier, a witness claims that Evans and another member of the production party had a loud argument. “There were raised voices and Chris looked utterly fed up,” the source claims.

‘Top Gear’ returns to the BBC in May, while former presenters Jeremy Clarkson, Richard Hammond and James May are set to unveil their Amazon Prime series later in 2016.