Evans, who is happily married to his third wife Natasha Shishmanian, thinks the concept itself is outdated.

British TV presenter Chris Evans has declared that the concept of marriage “doesn’t work” and is outdated.

The 49 year old star and future presenter of ‘Top Gear’ visited a marriage counsellor and a sex therapist for the purposes of researching his new book ‘Call the Midlife’, and confessed that after having done so, it caused him to look at his own life and predict any marital issues that might lie ahead.

Evans has been married three times, and is currently happily wed to 35 year old Natasha Shishmanian, but reckons that the institution itself doesn’t apply to the 21st century and is a betrayal of human instincts. 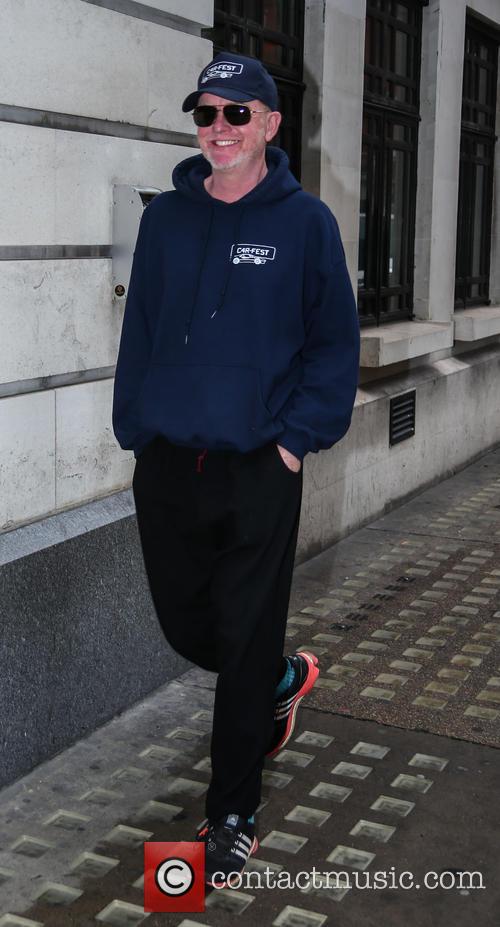 “Marriage is really weird,” he told ‘Sunday Brunch’ presenters Tim Lovejoy and Simon Rimmer at the weekend (October 11th). “We still get married on the same basis as we began to get married 3,000 years ago, which is about the ownership of a woman by a man. Actually, as a model, it doesn't work anymore.”

Evans’ two previous marriages, to ‘Loose Women’s Carol McGiffin and former pop star Billie Piper, disintegrated in the public eye in 1998 and 2007 respectively. He has recently denied that his current marriage is in turmoil, with reports emerging during the summer that he and Shishmanian, with whom he has two children, were living separately.

Having been appointed the new presenter of BBC’s ‘Top Gear’ in Jeremy Clarkson’s absence and seeing the resurrection of his ‘90s chat show ‘TFI Friday’ on Channel 4, Evans is currently enjoying the highest profile he’s had in years.

As a result, he’s felt compelled to write some insight into this part of his life, spending the last 100 days before turning fifty to take stock of his life. “Then I go to see a marriage counsellor because, you know, you want to stay married,” he continued. “So you go, OK, well there's nothing wrong, but what could be on the horizon?”