Christ Evans' 'Captain America: The First Avenger' co-star Neal McDonough thinks the lead actor is doing a ''great job'' as the superhero and is working ''hard'' to get the role right. 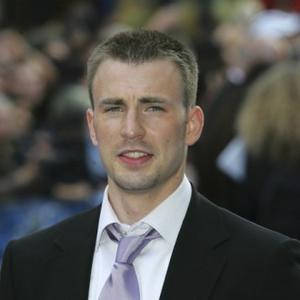 Neal McDonough - who plays Dum Dum Dugan in the in the comic-book adaptation - says that the 29-year-old star who plays the titular superhero, is perfect for the role.

Speaking at the UK premiere of Drew Barrymore's 'Going the Distance' yesterday (19.08.10), he told BANG Showbiz: "He's great in the role, a great guy, he's one of the people I'd love to work with every day.

"He's going to be someone you're going to be watching for a very long time. He's so dedicated to his craft, he works really hard."

Neal added that he was excited to be part of the Marvel comic adaptation, which tells the tale of the early days of Steve Rogers, who takes part in an underground programme for the US military - leading him to become Captain America.

He explained: "I'm happy as I could possibly be to be a part of 'Captain America'. For an actor it's fantastic - for me as a kid 'Captain America' was one of my favourites - so to be Dum Dum it's just been a blast. I'm having a great old time killing the bad guys.

When asked what is the most heroic or chivalrous thing he has ever done in real life, Neal who was sporting his character's trademark moustache proceeded to kiss his female companion before quipping "worth a climb every time."

'Captain America: The First Avenger' is due to hit cinemas in July 2011.