Evans stepped down as host on Monday (July 4) after just one series.

Chris Evans dedicated his BBC Radio 2 Breakfast Show on Tuesday morning (July 5) to his former ‘Top Gear’ colleagues, telling them to ‘move on’ without him. Evans stepped down as host yesterday after just one series, which was plagued by bad reviews and low ratings. 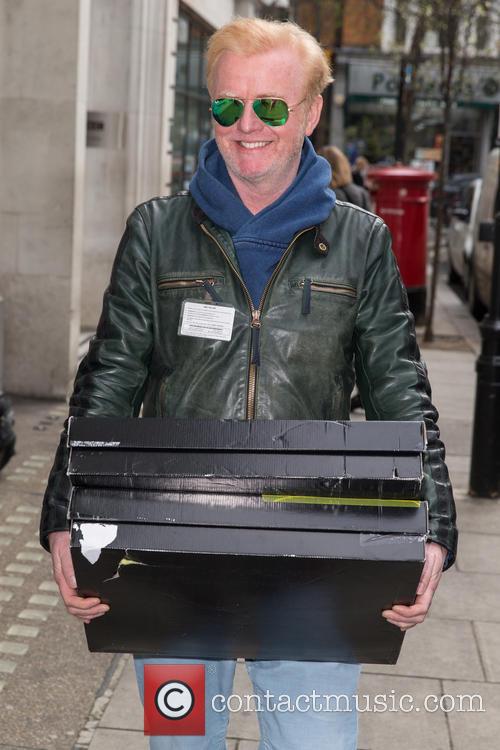 Chris Evans has told his ‘Top Gear’ colleagues to ‘move on’.

Evans told listeners: "Today's show is dedicated to all the 'Top Gear' gang. And today's show is entitled Breathe In, Breathe Out, Move On.” The presenter then went on to look at the day’s newspaper front pages, many of which featured his resignation.

"I've got to go here, so bear with me," he said before quoting a newspaper front page: "'Evans quits Top Gear: My best wasn't good enough.' That's true - that's what I said yesterday in a tweet. It's all true.”

“But of course there was another high-profile, much more important resignation yesterday that doesn't make some of the front pages, and that's Nigel Farage stepping down from a very influential political party that had a lot to do with the EU referendum last week or the week before.”

Evans announced he was quitting as host on Monday, tweeting: “Stepping down from Top Gear. Gave it my best shot but sometimes that's not enough. The team are beyond brilliant, I wish them all the best.”

‘Friends’ star Matt LeBlanc is now being tipped to step up as the show’s main host, with the rest of the team: Sabine Schmitz, Chris Harris, Eddie Jordan, Rory Reid and The Stig all staying on. A source told The Sun: “Chris is gone – everyone here is celebrating. It’s been a disaster.”

"But Matt is going to get the big job on his own. There are already active negotiations and he’s almost certain to sign now that he doesn’t have to work with Chris. The plan is that Chris won’t be replaced but Matt will become the star presenter surrounded by the existing team to support him.”