For Evans, a 6 movie deal was a daunting prospect.

Chris Evans impressed in his first outing as Captain America back in 2011 and, judging by the early reaction to Winter Solider, March 26’s sequel, has managed the feat again. But with a further four films on his contract, the The 32-year-old admits that he had a "certain apprehension" about working on the Marvel Studios franchise. 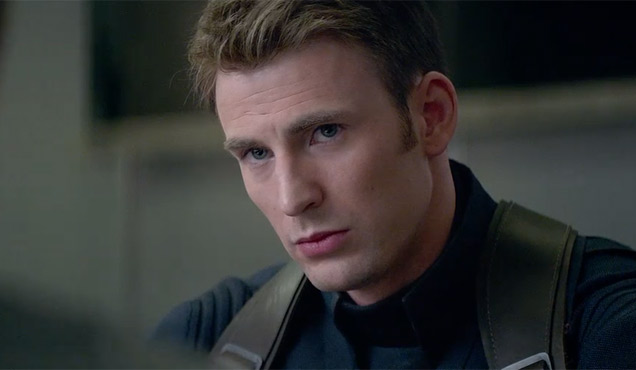 Speaking to Access Hollywood, Evans said: "There's a certain apprehension initially. When you do movies one at a time, there's a certain level of control you have in your career. “With a six-picture contract, if one of these movies comes out, [and] there's a positive response and as a result your personal life and your level of anonymity is altered. You may potentially need an opportunity to retreat and regroup. And if you have this contract, you may not be afforded that chance," he added.

Recently, it was announced that the next Cap film will be released on the same day as the much anticipated Batman v Superman film dubbed Man of Steel 2. Marvel boss Kevin Feige IGN’s Jim Vejvoda: “We're still on that date and we're going to be announcing soon what the movie will be on that date. That's what we're sort of actively working on as we get ready to firm up and get into pre-production what will be the two films for '16 and the two films for '17.”

And in case you were wondering how Winter Solider went down with the critics, here are some of the best tweets from those who attended the premiere. “Oh, wow is CAPTAIN AMERICA: THE WINTER SOLDIER a perfect film. Wow wow wow,” wrote Silas Lesnick. “The CAPTAIN AMERICA sequel blew me away. Movie has a fantastic script, amazing action, and great character moments. Just about perfect,” Tweeted @colliderfrosty. “Really liked Captain America: The Winter Soldier. Proves Joss isn't only 1 in Marvel's arsenal who can craft a compelling/fresh female char,” @JarettSays posted. Looks like people are in to the new Captain America!

More: Check out Scarlett Johansson at the Winter Soldier premiere.

More: Everything you need to know about Captain America: Winter Soldier.