This weekend's box office is predictable, but seems to spell out the fate of the rest of the year's releases.

Captain America: The Winter Soldier surprisingly came in first in the box office charts over Easter weekend, after toppling the predicted winner, Rio 2. This was Cap’s sixth outing and third weekend topping the chart. Starring Chris Evans, Samuel L. Jackson, Scarlett Johansson and Sebastian Stan, it made $26.2m (£15.5m), leaving the animated parrot love story in second place with $22,5 million, according to Box Office Mojo. Not a bad haul, but still not enough to topple the first Avenger. While The Winter Soldier and Rio 2 kept passing the ball around in the top spots, elsewhere in the chart things got a lot more interesting.

Chris Evans as Cap had the hearts and wallets of moviegoers once again.

Heaven is for Real, the story of a young boy who claims to have visited heaven during a near-death experience, came out of nowhere to take number 3 over Easter weekend. The Sony production opened on Wednesday with $3.7 million, earning another $3.3m on Thursday and now scored $21.5 million over the Fri-Sun period. The surprise surge likely had a lot to do with the themes of the film. Heaven is a family-friendly, religious film, which centers on a young boy, who claims to have seen heaven during a near-death experience. Releasing it over Easter weekend seems like an obvious choice, and it obviously worked. Heaven blasted straight through Transcendence’s $11 million.

Watch the Captain America: The Winter Soldier trailer below.

The Johnny Depp-starring sci-fi thriller suffered from poor reviews earlier in the week. Critics weren’t impressed with the slightly tired technophobic plot or its execution and the movie opened to just a fraction of its $100 million budget. Sony can expect a boost from international profits as the movie opens in China, but overall, Transcendence looks like a flop at this point. This comes as especially bad news for Johnny Depp, who is seeing his third box office misfire, after the Tim Burton comedy Dark Shadows and last year’s big studio blunder. 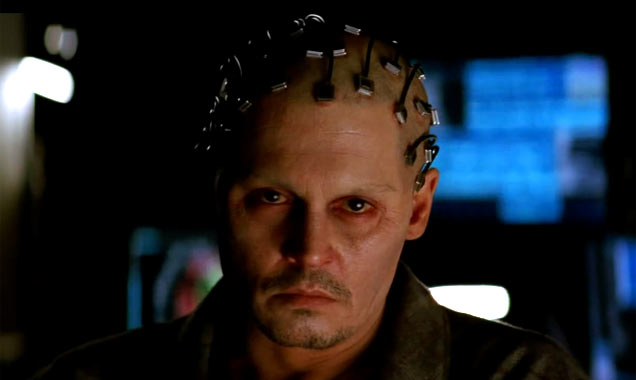 "As we approach the summer movie season, box-office drawing power becomes more about the concept of the movie rather than its star," said Paul Dergarabedian. senior media analyst for box-office tracker Rentrak. "It may not have been so much (about) Johnny Depp, but audiences right now like brands that they know."

Watch the Transcendence trailer below.

Even to a non-expert, that seems to spell one thing: MARVEL. With Captain America out of the way, the Disney-owned studio is on track with promoting its biggest risk yet, Guardians of the Galaxy, which is due out in August. At this point in the franchise, however, it looks like Marvel have nothing to worry about. Rounding out the top 5 this weekend was Haunted House with $9,1 million on its first outing.