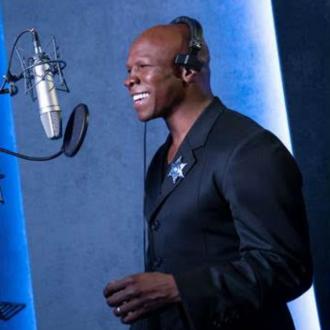 Chris Eubank has joined the cast of 'Rumble'.

The 54-year-old former boxer has lent his voice to Paramount Animation's monster wrestling film, which is scheduled for release in 2021.

Eubank will be joined in the upcoming movie by the likes of Charles Barkley, the former NBA player, and comedy star Bridget Everett.

The ex-sportsman will play the part of King Gorge, with Barkley voicing Rayburn Sr. and Everett playing Lady Mayhen.

Other big-name stars set to feature in the upcoming movie include Will Arnett, Terry Crews and Geraldine Viswanathan, as well as WWE Superstars Becky Lynch and Roman Reigns, and boxing announcer Michael Buffer.

Since retiring from the sport, Eubank has remained in the spotlight through his son Chris Jr, who has also become a professional fighter, as well as a number of high-profile TV appearances.

In 2015, for instance, he appeared in the ITV series 'I'm a Celebrity...Get Me Out of Here!', while he's also starred alongside his son on 'Celebrity Gogglebox'.

Eubank has even been jokingly touted as a potential James Bond star, with a 2019 petition calling for the former world champion to replace Daniel Craig as 007.