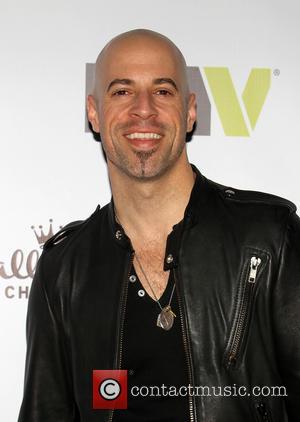 The former American Idol star and his band had just performed as part of the show's All-American Summer Concert Series when he was asked to dedicate one more track to veterans marking the 70th anniversary of the D-Day landings on 6 June (14).

Announcing, "I'm off the clock. I'm going to watch 'y'all", the rocker walked offstage leaving the show's hosts to sing with the help of the audience.

His actions led to a Twitter.com backlash, which has prompted Daughtry to explain himself.

In his video release, he admitted he was "embarrassed" and "ashamed", stating, "I panicked."

He adds, "It was absolutely disrespectful. Poor choice of words, terrible judgment on my part... I wish that I could have pulled it together.

"What I do is minuscule in comparison (to troops and veterans), and I will never live up to what they did for our country. Fortunately, our troops have never said, 'I am off the clock' when they had to do what they had to do.

"Everyone has a moment in their life that they regret very deeply, and this is at the top of my list. It hurts my heart to know that I have disrespected the men and women fighting every day. I apologise for offending any of our troops, any of the men and women who have served past or present. I'm sorry."

Daughtry also posted a tweet which read, "There aren't enough characters on twitter to express all I need to say."