Cornell Shot Audioslave Video In The Middle Of Rehab Recovery 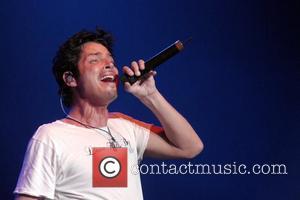 Rocker Chris Cornell's rehab recovery from alcoholism was a surreal experience - because he shot Audioslave's first video in the middle of it. The former Soundgarden frontman checked into rehab after failing to kick his booze problems himself - and the timing couldn't have been worse. It came a year after he had joined supergroup Audioslave, as the band was planning to promote their first album. But he agreed to break up his 30-day rehab spell by recording the group's Cochise video. He recalls, "It was the quintessential rock 'n' roll experience. They came and put me in a van with a guy who was there to make sure I wasn't given anything. "I got my hair and make-up done in there, and then I was parachuted onto the middle of this $850,000 video set. "The shoot's over, they drive back to rehab."