Chris Cornell Is Supporting Temple Of The Dog's Record Label Bosses In Their Legal Battle Over The Supergroup's Music. 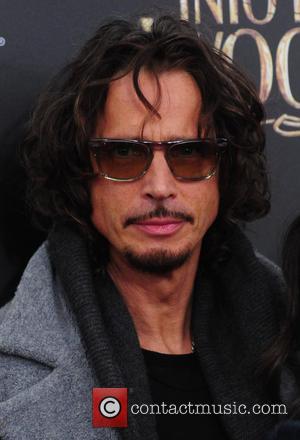 Picture: Chris Cornell - Photographs from the red carpet as a vast array of stars arrived for the World Premiere of Disney's film musical 'Into The...

The rocker founded the band in the 1990s with members of his group Soundgarden and Eddie Vedder's Pearl Jam, and they recorded a self-titled album in a Seattle, Washington studio belonging to Rajan Parashar and his late brother Rick.

The songs are now legally owned by Parashar following his brother's death last year (14), but executives at the group's A&M Records label want the master recordings to be returned and they are also seeking damages.

Cornell has now weighed into the legal battle, declaring Parashar has no rights over the songs, adding, "A&M Records paid for the recordings and the use of the studio... (for Parashar) to pretend he has a right to keep the recordings makes no more sense than the owner of a laundromat claiming he owns the clothes you washed in his washing machine."