Rocker Chris Cornell Has Given Fans Of His Former Supergroup Audioslave Hope For A Reunion By Insisting He's Open To A Future Get Together. 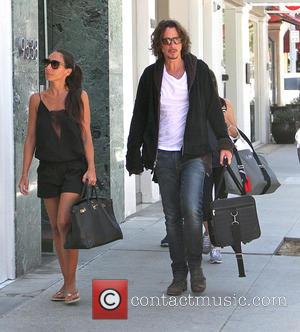 Cornell formed the group with Rage Against The Machine members Tom Morello, Tim Commerford and Brad Wilk over a decade ago and the quartet released a trio of acclaimed albums during its six-year existence.

The singer quit in 2007, citing "irresolvable personality conflicts as well as musical differences", and reformed Soundgarden, but now he tells Total Guitar magazine he would be up for a reunion.

Cornell says, "I think it would be great. We did a lot of songs, and with the benefit of not having done anything with those guys for so long, I can't imagine what it would be. It would be a really amazing experience just to get back and work with the same guys again.

"We were certainly a prolific group of people; we wrote three whole albums in around five years, maybe less, and these were albums that were raw, and we had extra material, and we just never seemed to have trouble ever trying to agree on what would come out of the songs.

"They were great guys, and I really enjoyed the experience that I had with them. So yeah, I would always be open to doing something."