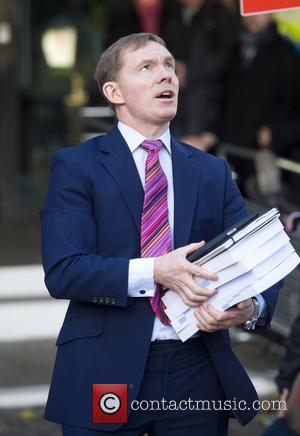 Last April, Kit Malthouse, Deputy Mayor of London and the chairman of the Metropolitan Police Authority (Scotland Yard), met with the then police commissioner -- equivalent to the chief of police -- and urged him to downsize his investigation into alleged voicemail hacking by reporters working for News of the World , the now-defunct tabloid owned by Rupert Murdoch's News Corp. Recalling the conversation, the former commissioner, Paul Stephenson, told the Leveson inquiry looking into the scandal that Malthouse "expressed a view that we should not be devoting this level of resources to the phone-hacking inquiry as a consequence of a largely political and media-driven 'level of hysteria.'" Stephenson said that he had no choice but to proceed given the revelations of wrongdoing that were likely to be unearthed in the civil cases filed against the newspaper. Stephenson's testimony triggered a demand by Labor MP Chris Bryant for Malthouse to resign. Bryant, himself a victim of the voicemail hackings, said, "This amounts to a clear political intervention designed to intimidate the Met into dropping an investigation."