The hip hop boss is said to be in hospital after multiple shots were fired during the star studded party.

Music producer Suge Knight has reportedly been injured after a shooting at a pre-VMA party in Los Angeles, hosted by singer Chris Brown. Witnesses say that 25 year old Brown, was the target of the gunman, but was thought to have been unharmed. Knight, 49, is said to have been shot six times during the incident and is currently thought to be recovering in intensive care, according to TMZ.

Suge Knight had been attending a pre VMA party

TMZ reports that Knight was “shot in the stomach and arm and apparently in other places as well.” The site quotes model Tyson Beckford, Robert Ri'chard and Apple de Ap all saying that they were inside the pre-VMA party when they heard “four shots ring out inside the club.”

They then report that after being shot, Suge managed to walk out on his own power when an officer spotted him and helped him walk to the police car where he sat down. Suge was then helped into an ambulance and taken to Cedars Sinai hospital where he was rushed to surgery.

More: Chris Brown Is Finally Releasing 'X,' But Is It Too Late?

The Daily Mail reports that the the suspected gunmen were apprehended by police while officers were searching the club for clues as well as quizzing party goers over the night’s events. The club was said to have been evacuated with nearby roads sealed off and several partygoers detained for questioning.

Among the guest at the event were singer Justin Bieber and rapper The Game. In the moments after the shots were fired, host Brown was said to have climbed onto what looked like a bar in the nightclub, and “apparently angrily remonstrating with other clubgoers as a bouncer told partygoers to 'Get down’”, reports the Mail.

Brown, who is currently on parole then tweeted about the incident at around 5:45 a.m. writing, “It's disappointing that we as a society can#t have fun or enjoy ourselves without any altercations sometimes. Miss me with the bullshit!!!" 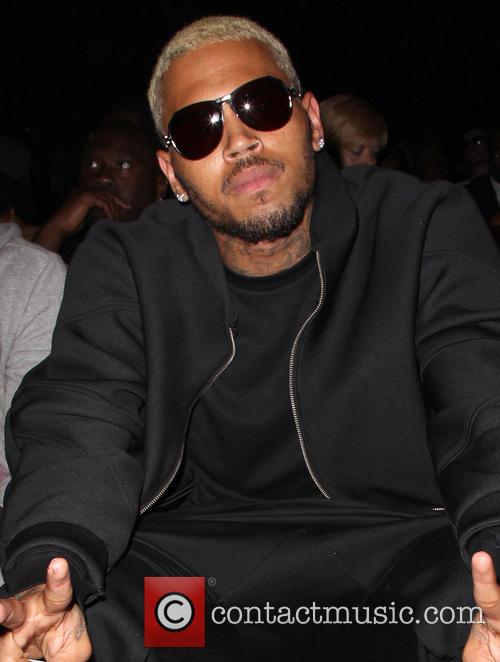 Brown is currently on parole

Bizarrely this is not the first time Suge Knight has been shot at at pre VMA party. In 2005 the producer  suffered a gunshot wound to the leg when attending a pre awards bash hosted by rapper Kanye West.