Chris Brown is eager to get into the studio with Zayn Malik following his exit from One Direction. 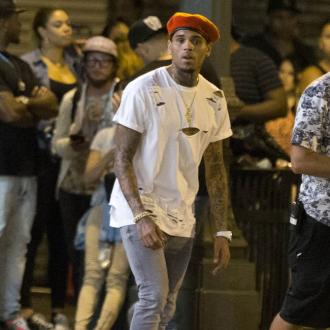 Chris Brown is interested in working with Zayn Malik.

The controversial R&B crooner says he'd love to collaborate with the former One Direction star, who recently signed to the same record label as him.

He told Capital FM's Max: ''Of course, of course, I don't shy away from anyone. I think he's a great artist, he's doing the solo thing, and he's got a huge fan base. I'd be cool to get down and collab. I'm not a hard guy to get into the studio with.''

Zayn is currently hard at work on his first solo material following his exit from One Direction earlier this year.

Chris, meanwhile, is keeping busy with a new collaboration with Rita Ora called 'Body on Me'.

Describing the track as ''sexual, intense, intimate'', he admits he and Rita have wanted to work together for a long time.

As well as steamy lyrics, it looks like the music video will be just as sexual. Rita is expected to appear topless in the clip.

Quizzed whether he'd be losing his top too, Chris quipped: ''Yeah, and my bottoms!''