Chris Brown has had ''the realest'' couple of months but has now turned to God for guidance. 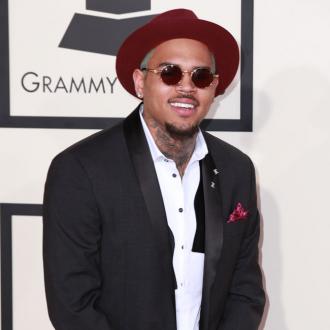 The 'Loyal' hitmaker has endured a turbulent year, in which he has split from on/off girlfriend Karrueche Tran, learned he fathered a little girl, Royalty, now 14 months,and subsequently became embroiled in a custody dispute, and had his house robbed, and admits he has learned a lot from his recent experiences and doesn't trust people the way he used to.

He posted on Instagram: ''These last couples months I've been the realest. I got a wake up call, got my heart broken, got my s**t together, lost the person I thought would be in my life for long time, went from being friends with everybody to only f***ing with a few and staying low key. I learned nobodies really down for you like you think.(sic)''

But despite his reflective mood, the 26-year-old star is now feeling ''blessed'' and doesn't want to waste any more time.

He added in a later post: ''That moment u wake up and realise who the f**k you are and how blessed you've been and finally understand you don't need anyone for anything except GOD! Then u realise how much time you wasted on bulls**t and s*ty people!''

The 'Fine China' hitmaker recently admitted he thinks the devil is out to ''ruin'' his life.

He said: ''When u tired of the f**king devil ruining your life and u hear God speak for the first time. No one knows what I deal with on a day to day. The average man wouldn't hesitate to blow his f**king brains out but that's the cowards way out... Most won't understand the genius and beauty in change and learning and the people who have devilish intentions will win in the short term.

''My soul will always be pure of heart. What's on the surface always looks like one big party but inside there is a little boy looking for help and guidance. People say 'be a man'. Yeah, that's right but it doesn't take away any pain you really go through.''