Chris Brown was reportedly ''nervous'' about performing in front of his exes, Rihanna and Karrueche Tran, at the recent BET Awards. 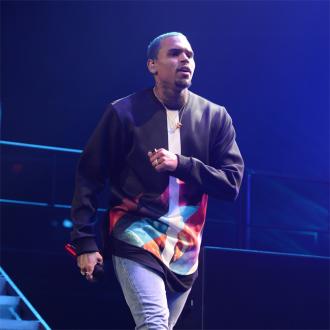 Chris Brown was ''nervous'' about performing in front of his exes.

The 'Loyal' hitmaker took to the stage at the recent BET Awards in front of his former flames Rihanna and Karrueche Tran and was reportedly a little worried about the prospect of it ahead of the event.

A source said: ''Chris knew Ri and Karrueche and were both going to be at the show. It made him a bit nervous and that's why he didn't do much press. He didn't want to be bombarded with questions about either of them. His mind was solely focused on his performances and he didn't want anything distracting him from that.''

However, Chris is said to have nothing to worry about as the 'Rude Boy' hitmaker popped in to see him rehearse.

The insider added to HollywoodLife.com: ''But when Ri came and to see part of his rehearsal, he was like what? Is this really happening?

''He played it cool, told her she looked beautiful as always and was surprised and humbled by her words. That made his day, truthfully, and he's very appreciative of that.''

Meanwhile, when the 26-year-old singer collected his Fan Award and the Best Male R&B/Pop Artist Award at the ceremony, he paid tribute to his daughter Royalty.

He said: ''I ain't good with speeches. A lot has changed in my life, a lot of mistakes, a lot of lessons learned. The best thing, I'm most thankful for is my daughter. At the end of the day, love is love. I love everybody.''