Chris Brown's brush with the law

Chris Brown was issued a ticket after being caught speeding in Beverly Hills on Friday (01.02.13) 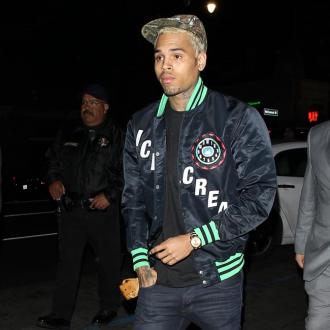 Chris Brown has been caught speeding by police.

The 'Don't Wake Me Up' singer - who is still on probation for beating his on/off girlfriend Rihanna in 2009 - was pulled over and issued a ticket after being spotted driving his black Porsche above the speed limit in Beverly Hills on Friday (01.02.13).

A law enforcement source told gossip website TMZ.com that the 23-year-old R&B star was pulled over for going 60mph in a 35mph zone and given a ticket but was then let go on his way.

Meanwhile, Chris is said to be eager to talk to police about his recent altercation with Frank Ocean, who wants to press charges against him after the pair were involved in a fight on Sunday night (27.01.13).

The 'Pyramids' singer plans to take things further with authorities after he was allegedly punched by Chris, who accused Frank of blocking his car from leaving Westlake Recording Studios in Los Angeles.

His latest brush with the law comes just days after Rihanna finally confirmed they are back together despite their previous issues because she realised he makes her happy.

She said: ''I decided it was more important for me to be happy, and I wasn't going to let anybody's opinion get in the way of that. Even if it's a mistake, it's my mistake. After being tormented for so many years, being angry and dark, I'd rather just live my truth and take the backlash. I can handle it.''

The 24-year-old beauty insists she and Chris are stronger than ever because they now know what's important to them.