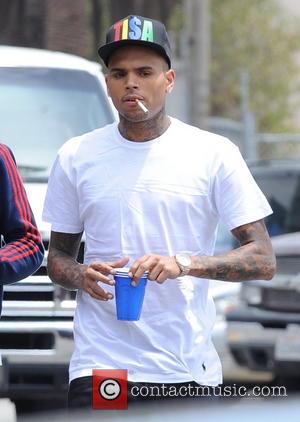 Embattled Chris Brown is heading back to court after rejecting a plea deal in his 2013 assault case.

The singer is accused of beating up 20-year-old Patrick Adams outside a Washington, D.C. hotel and now he's heading to trial, insisting he is innocent of all charges.

Brown was in court on Wednesday (25Jun14), when he was offered a deal, but his lawyer Mark Geragos and the prosecutor could not agree on the details of the alleged assault.

The deal would have kept Brown out of jail, but now he could be back behind bars if he's found guilty.

The Kiss Kiss singer was released from prison on 2 June (14), over two months after he was incarcerated for violating his probation by getting kicked out of a court-ordered rehab programme for bad behaviour in March (14).

He was handed an additional four-month term in early May (14) after admitting to breaking the terms of his probation, served up during his 2009 Rihanna assault trial.

A new trial date has been set for September (14), reports Tmz.com.

Brown's bodyguard, Christopher Hollosy, has already been convicted of the assault.