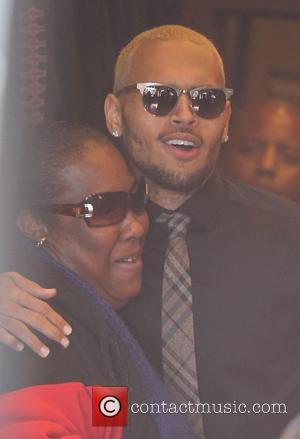 Chris Brown's misdemeanour assault trial is expected to start on Friday (18Apr14) after his bodyguard, Christopher Hollosy, took the stand on Thursday (17Apr14), charged with beating up plaintiff Parker Adams.

Both men are accused of attacking the 20 year old outside a Washington, D.C. hotel last year (13).

Hollosy has been charged with misdemeanour assault and faces six months behind bars if convicted.

Adams, who claims the bodyguard broke his nose in the fight, testified on Thursday that Brown lashed out at him after refusing to have his picture taken with the alleged victim, but it was blows from Hollosy that left the plaintiff with head and face injuries.

Adams told the court that he had approached Brown outside the W Hotel with two female friends.

The singer agreed to pose for a picture with the girls, but made an alleged homophobic remark when Adams asked to join in.

The altercation quickly escalated and the alleged victim said, "As I put my dukes up, that's when the bodyguard stepped in between us and he slugged me in the face."

Both Brown and Hollosy have pleaded not guilty.

The Kiss Kiss singer was on probation when he was arrested. He faces continued jail time if convicted - because the assault would violate his parole.

Brown was jailed last month (Mar14) after violating his probation when he was dismissed from a rehab facility in California, where he was receiving court-ordered anger-management treatment.