Brown has been accused of striking Liziane Gutierrez at the weekend outside a party in Las Vegas, and has now responded.

After being accused of punching a woman last weekend, R&B star Chris Brown has responded to the allegations, claiming in turn that she has a history of making accusations against stars who anger her, once taking aim against Jason Derulo for refusing to take her to an afterparty.

The controversial hitmaker was said to have punched Liziane Gutierrez in the early hours of Saturday morning (January 2nd) in Las Vegas, but Brown has now responded to her accuser and says that she makes things up if celebrities refuse to indulge her. 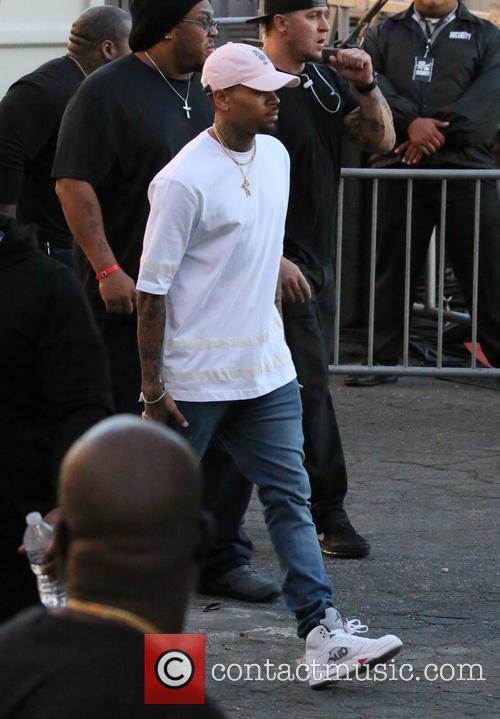 Brown also released a video to TMZ, which has since been deleted, in which he told his fans: “I don't know this old looking b****. This b**** is old, like dusty. She probably came to my room and was too ugly to get in.” He also revealed that he plans to file lawsuits in 2016 against anybody who he thinks is “lying on his name”.

On Monday, the 26 year old also wrote on Instagram: “Keeping my circle small in 2016! I’m done taking the care of grown a men. And I'm going to be hella rich after all the lawsuits I file from these crazy individuals who keep lying on my name. Happy NEW YEAR! Time for some of us to grow the fk up! [sic]”

In a separate statement to The Mirror the same day, representative for him said the allegations are “unequivocally untrue” and said the alleged victim was escorted from the private party in Sin City “for being disruptive and out of control”.

Brown’s manager Mike G also posted a lengthy rant on Instagram that appeared to hint at the situation. “Shame on the networks that gave this story life and this liar her 15 minutes,” it began.