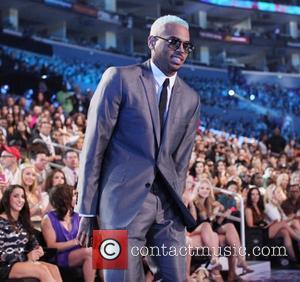 Chris Brown tested positive for marijuana whilst on probation, causing his judge to set a hearing to see whether he has violated the terms of his probation, reports the NME.

According to Patricia Schnegg, the Los Angeles Superior Court Judge, Brown produced evidence to prove he was permitted to use marijuana for medical reasons after the positive test, but that didn’t stop her giving him a courtroom dress down in the form of a lecture. Warning him in court, Schnegg said: "You are not an ordinary person who can sit in your living room and do whatever you want to do. More importantly, a lot of people look up to you, a lot of kids. What you do and what you say impacts a lot of people." Now, even though compulsory drug tests are not a condition of Brown's sentence, the judge has set a hearing for November 1st to see if Brown has violated the 5-year probation handed to him after he pleaded guilty to criminal assault for beating Rihanna on the eve of the Grammy awards in 2009. The sentence also included 6 months of community service, which has been called into question too.

Chris Brown and Rihanna’s continued friendship has confounded fans, and this morning, ahead of his court case, the Barbadian star sent a good luck tweet Brown’s way, which read: “I'm praying for you and wishing u the best today!” while he then responded: “Thank u so much.”