Chris Brown is reportedly pushing ex Karrueche Tran ''further away'' after a recent stunt where he allegedly followed her home. 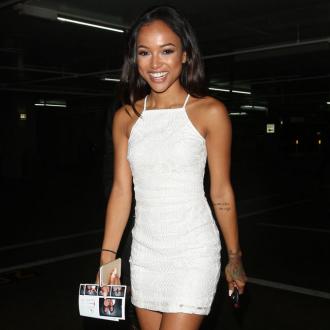 The 'Loyal' hitmaker is reportedly keen to rekindle a relationship with the 27-year-old model but sources say his recent stunt - where he allegedly attempted to visit her home in the early hours of the morning - has only made things worse for the pair's friendship.

The insider told HollywoodLife.com: ''Karrueche has never seen him like this. He was not himself at all. She doesn't know what to do.

''She's already told him that she's cool on him right now but he keeps forcing the situation and won't give her time she needs to heal. The more he keeps pulling stunts like this, the further away he's pushing her.''

The alleged incident is believed to have begun when the pair bumped into each other at Club PlayHouse.

In a video of the incident, Chris can be seen trying to get into Karrueche's car despite others appearing to try and dissuade him.

According to gossip website TMZ, Chris was later seen ''banging and yelling'' on his ex's door and police allegedly had to be called.

Meanwhile, Karrueche previously admitted she wanted a ''cordial and positive'' relationship with the 26-year-old singer.

Asked what would happen if she ran into Chris, she said: ''I'll definitely keep it cordial and positive, no drama. I'm not about the drama.

''It's hard ... I make it so we don't have to cross paths so it's not awkward but I do get on Instagram and there's people tagging us or I'll hear a song, you know, but I kind of just block it out.''