Chris Brown Post Cosy Photo Of Himself And Rihanna Online. Are They Back Together? 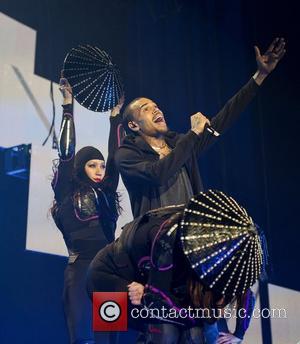 Picture: American singer Chris Brown performs during his sold out Carpe Diem Tour at the Ziggo Dome Amsterdam, The Netherlands - 06.12.12

Chris Brown left tongues wagging after he posted a picture of himself with former (and potentially current) flame Rihanna on his Instagram, before taking it down 15 minutes later.

The photo is yet another 'are they, aren't they' puzzle to comprehend, after a series of Tweets by Rihanna seemingly signalled the end of their on-again, off-again relationship earlier this week. The Barbadian singer wrote a series of not-so-subtle remarks last week, each seemingly relating to Brown, including: "Goodbye muthaf*****," "You give, you get, then you give it the f*** back')" - both of which have since been removed - and "Never underestimate a man's ability to make you feel guilty for his mistakes" - which is still her Twitter.

Who knows what this photo might mean, or when it was taken, but if you were to scroll down Brown's Instagram for a little while then you'd see that he recently uploaded a picture of another ex, Karrueche Tran last week. So whilst to some the photo may be an inclination that the pair are going to get back together, or are in fact together, it may just be a sign that Brown in pining for his lost loves.

Nobody wants to be alone at Christmas, not even Chris Brown.