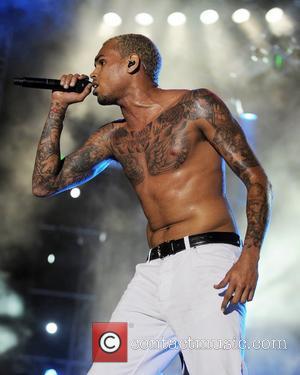 Singer Chris Brown gave one fan more than she bargained for at his show in Miami, Florida on Saturday (28May11) by stripping off and performing a raunchy lap-dance.
The Kiss Kiss star was playing a gig at the Bicentennial Park in Miami as part of his Best of the Best tour and caused a stir when he brought one thrilled devotee on stage.
And Brown ensured it was a meeting she's unlikely to forget by pulling off his t-shirt and performing a risque dance for the girl.
The star even went as far as to lick her neck while straddling her, and he carried on his saucy antics at an afterparty following the show, writing on Twitter.com, "Pool party was insane!!! Nipples everywhere! Lol."