Chris Brown On Past Mistakes: 'Maybe I Was Out Of Control' 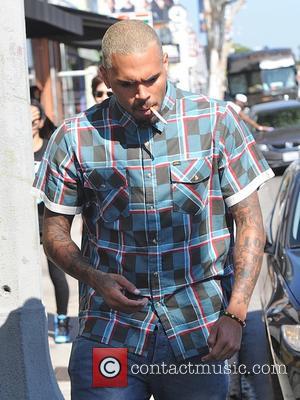 R&B star Chris Brown is determined to put his chequered past behind him after confessing he had been "out of control".

The Kiss Kiss singer has been involved in a number of legal battles over the past few years, from assaulting his then-girlfriend Rihanna in 2009 to the more recent charge of beating up a man outside a hotel in Washington, D.C. last year (13).

In the latest issue of Billboard magazine, which features Brown on the cover, he discusses his forthcoming album X and his recent troubles, admitting, "Maybe I was out of the control."

However, days after the interview took place, Brown was witness to yet another unforeseen incident, as hip-hop mogul Marion 'Suge' Knight was shot at a party in Los Angeles hosted by the singer last month (Aug14).

Brown reached back out to Billboard to release his first statement after the incident, saying, "I realize that what I do for a living opens my life to public scrutiny and that I have a responsibility to everyone because of that exposure.

"I can say that I am only human and I have made mistakes. I can say that I try to live my life in the most true, honest way that I can. I am not perfect, no one is. No one is harder on me than me. No one can please everyone. No one can live in the past and expect to grow. I have been moving forward and hope that I am not defined by just a few moments in my life but all of the moments that will make up my life."