Chris Brown has launched his own entertainment app, the Chris Brown Channel App, in order to share all aspects of his life and music with his fans. 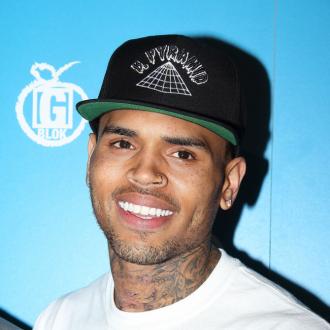 Chris Brown has launched his own entertainment app.

The 'Don't Wake Me Up' singer hopes the Chris Brown Channel App, which is available exclusively from the App Store, will help him to connect with fans ''in a more immediate, intimate and interactive way''.

He said: ''I am so excited to get closer to my fans - to bring them into my world, hearing from me directly, in my own words wherever I am, whenever they want. Through my channel app they can be part of my music, my art and my life, day in and day out.''

Chris, 24, hopes the new innovation will allow his fans to get a deeper look into his everyday life and through the use of polls, may even allow them to choose which song he performs first at a concert.

It's been a good week for Chris, who was just nominated for Best R&B/Pop Artist at the 2013 BET [Black Entertainment Television] Awards against Usher, Bruno Mars, Miguel and Justin Timberlake, and announced as a performer for the ceremony on June 30 at the Nokia Theater Los Angeles Live.

The 'Fine China' hitmaker said: ''I'm just trying to lift up the black community and I'm excited to see the fans and to take part in the BET Awards this year.

''I wanna bring something new and original for the fans during my performance.''

Catch the BET Awards on Tuesday, July 2 @ 8pm only on BET, Sky 187 & Freesat 140 and stay up-to-date with BET International at BET_Intl (twitter) and BETIntl (Facebook).