R&b Singer Chris Brown Insists He Has Done "Nothing Wrong" In The Philippines And Is Frustrated That Officials Are Refusing To Let Him Leave The Country. 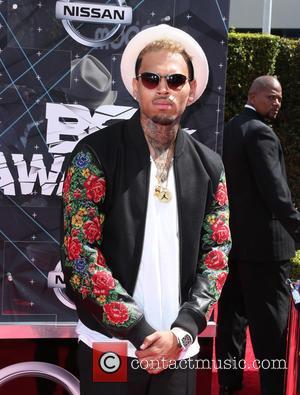 After performing in the capital Manila on Tuesday (21Jul15), the Loyal hitmaker was banned from travelling by officials from the Philippine Department of Justice, who are looking into allegations of fraud.

Brown was reportedly paid $1 million ($625,000) for a New Year's Eve (31Dec14) concert, but he cancelled the show and allegedly failed to refund the influential Christian group which ran the event.

They filed a fraud complaint against him, and immigration officials have refused to let him leave the country while an investigation into the claims is pending.

However, the singer does not understand why he is being held as he is convinced he made up for the New Year's Eve concert by performing in Manila on Tuesday.

He writes on Twitter.com, "I have nothing to do with anything going on right now. I came back to Manila to do a make up show for New Years (sic). I did the show 3 days ago... This is a very serious situation and someone needs to be held accountable for mixing my name up in all this. I've done nothing wrong!!!"

Brown was forced to cancel shows in Indonesia and Hong Kong due to the drama, and it is not clear if he will be able to make it to his planned gig in MACau, China on Friday (24Jul15).